I work between art and science, both by emulating how scientists work and adapting the visual language with which scientific research is communicated for a non-expert public. I use methods from zoologists to create somewhat convincing descriptions and illustrations for my creations. I play with scientific display conventions, imitating the style of high-tech visualizations like spectrographs and 3D printing through low-tech craft media like modeling clay, cyanotypes, and embroidery.  At times I have done this to question the authority scientific depictions are often unquestioningly given, other times to borrow from said authority to validate my own work. 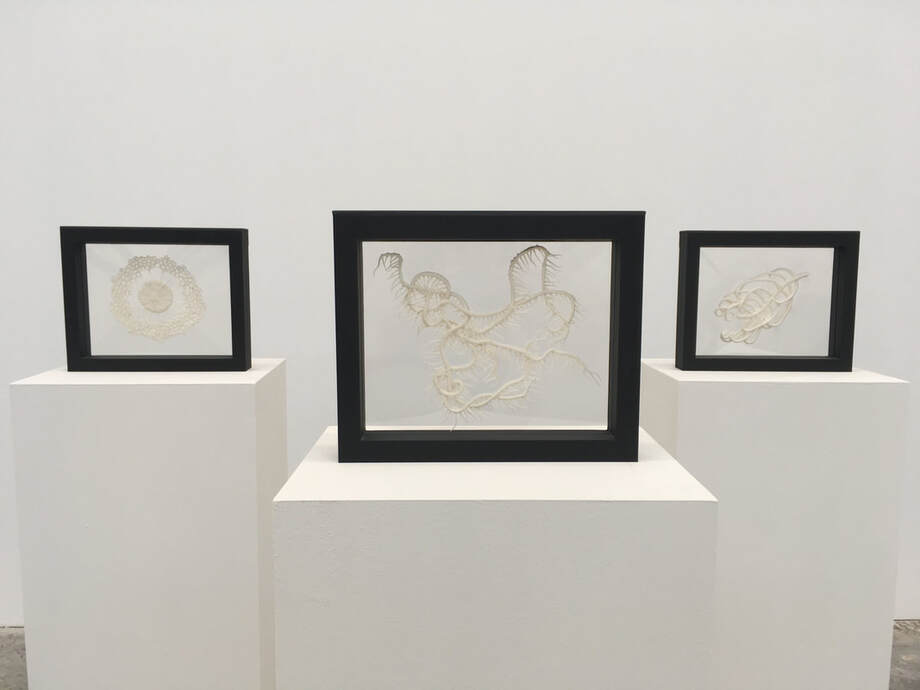 ​By embellishing and extrapolating upon science, art, like science-fiction, has the ability to create visceral worlds that feel lived in. Taking things to fantastical extremes opens up new questions and avenues of thinking at this critical point in our history, especially in terms of environmental impact. Human industrialization has had a huge impact on the earth’s natural cycles; changes that once happened over millennia have now unfolded in decades. In 2017, I visited the Chernobyl exclusion zone, and wandering through Pripyat made me feel the transience and fragility of human life in a way that continues to haunt me.  Over the past thirty years, nature that was destroyed by human hubris and incompetence has grown up to dominate the abandoned man-made structures. In some ways this place is frozen in time, a snapshot of an idealized community, built by an empire that no longer exists. Since that trip, I have sought out ruins and abandoned structures as a source of inspiration, and my travels have taken me to abandoned hospitals, prison complexes, and Soviet military bases. For me, these places are a form of intergenerational communication, passing on information from the past and posing questions about what messages our ruins will send to those that come after us. 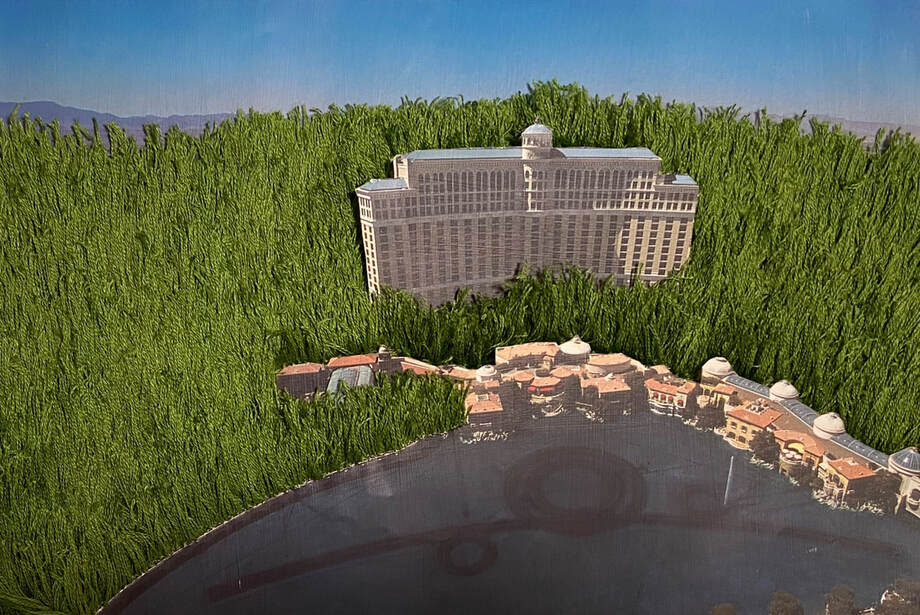 Through this lens, I make speculative, imagined images of potential distant futures where the balance between the built and natural world has shifted. Looking at my work, I want people to ask: Can the damage we’ve done be reversed? What will the world look like without us? And how long will evidence of our civilizations remain? The materials and processes I use in my work reinforce these concepts, allowing them to resonate on a deeper level and keep from feeling literal or didactic. 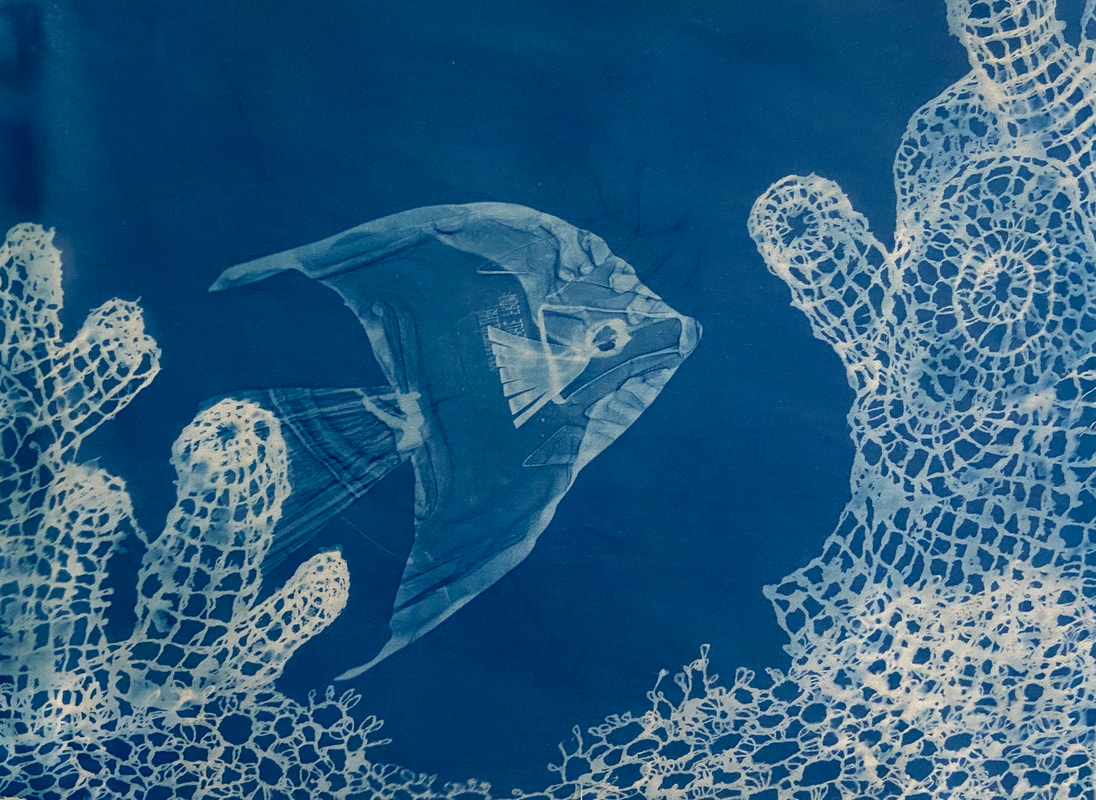