In response to the current European Refugee Crisis, I have been combining satirical maps from the late nineteenth and early twentieth centuries with infographics of the ongoing crisis, as a lens through which to consider larger issues of nationalism and cultural identity.  The original maps were created at the height of European nationalism, the decades leading up to the first World War, and anthropomorphize countries to reflect the tensions and stereotypes of the era.  By integrating the infographics with these historical images I am representing how the current situation is causing many of these fissures to reopen. 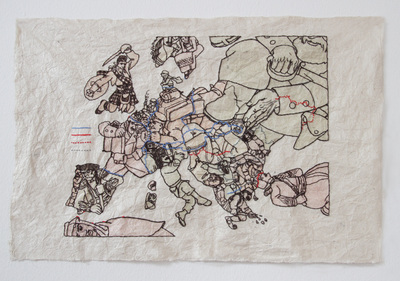 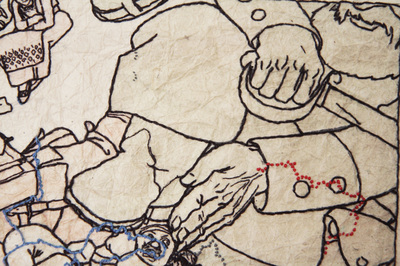 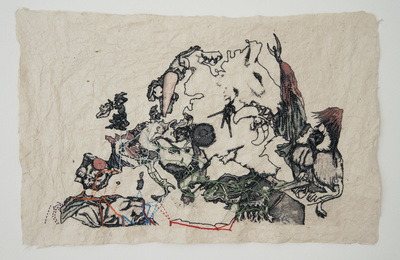 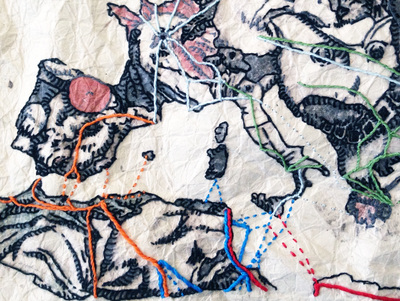 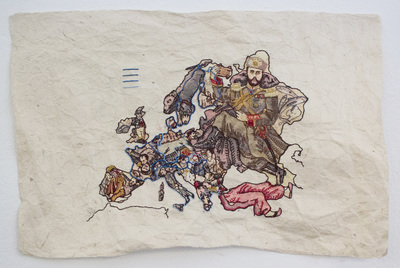 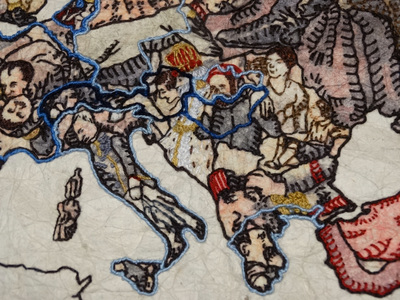 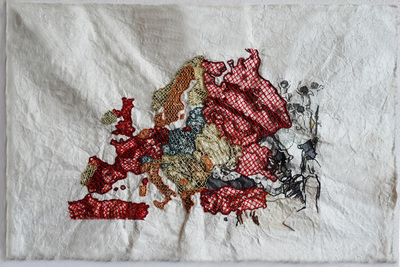 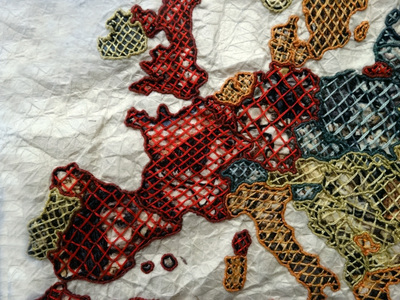 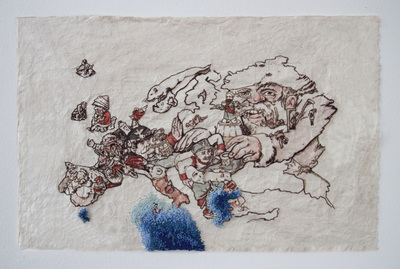 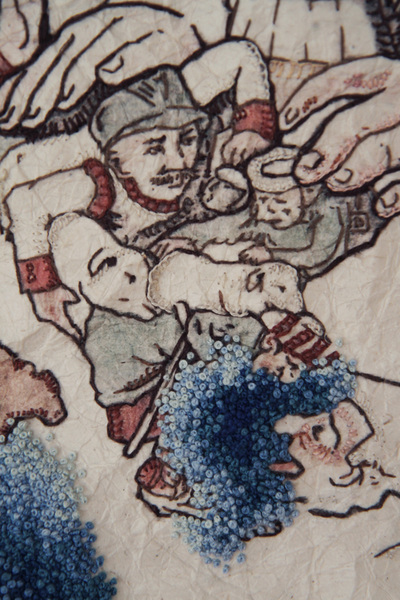 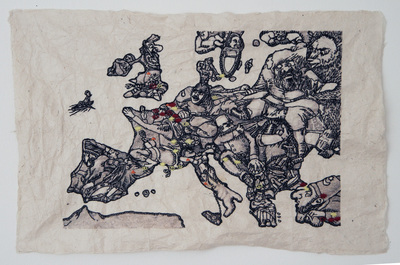 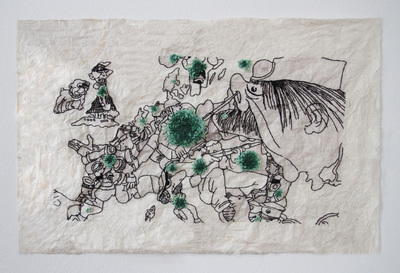 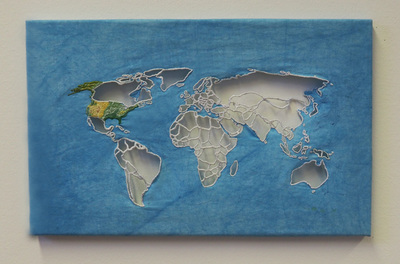 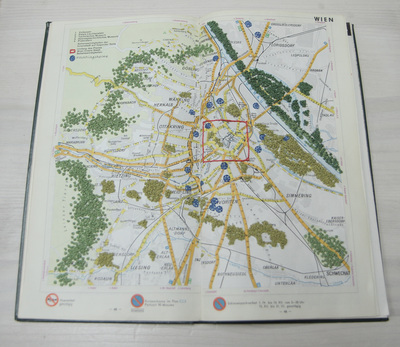 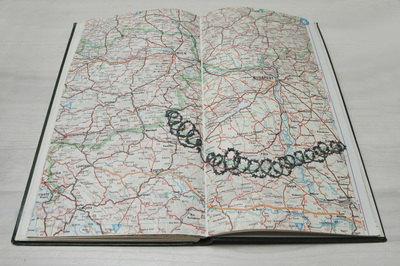 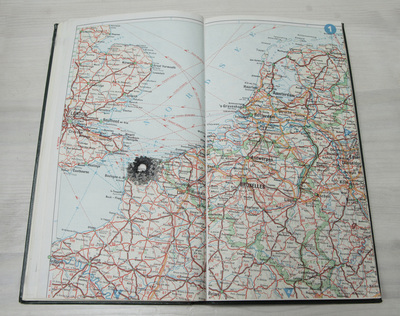 To make these maps I embroidered the imagery on paper, a stiffer substrate than fabric, that also references the printed satirical maps that inspired them.  I chose embroidery to further fetishize these older maps, thereby calling attention to the preexisting tendency to do so.  Embroidered objects are automatically imbued with a sense of preciousness because the handwork and labor  so clearly evidenced within them.  They also become more tactile than the original drawings, as implied textures and marks become actualized. The infographics I’ve used exist primarily online, the mediation of the screen causing them to feel somehow less substantial than their print counterparts.  By overlaying these images onto the preexisting maps I imbue them with the a comparable psychological weight.​

Embroidery, like maps, has a historical relationship to education in the form of samplers, which were used by schools to reinforce traditional ideals of femininity.  These ideals were represented not only through the teaching of young schoolgirls to sew, but by the written content of the samplers chosen to foster female virtues.  My use of embroidery recalls this relationship, creating a tension between this traditionally docile and “feminine” craft, and the male tradition of mapmaking as both inspiration for and documentation of conquest.  This emphasis on male aggression is reinforced by the imagery of the satirical maps, in which female figures are conspicuously absent.